Over 20 years of experience in print, web and multimedia reporting.

We're still here: The unseen toll of the tornadoes

Why having a baby almost killed me: My postpartum nightmare

Let me tell you about the time my mind turned on itself and my brain stopped working.
al.com/The Birmingham News Link to Story

A bridge is not far enough: Teaching the truth about Selma

I home-school my daughter, yet teaching her about civil rights is my duty as a parent, not a teacher. Every summer when I direct the Multicultural Journalism Workshop at the University of Alabama I take high school students from around the country to visit the Civil Rights Institute in Birmingham.
The Birmingham News/al.com Link to Story

Dear friends in Oklahoma: Hope will find you

In Alabama, we have an idea of what you are going through in the Oklahoma community of Moore. We continue to recover from the tornado that destroyed much of our city, Tuscaloosa, in 2011. If there's one thing we learned, it's that hope will find you, even when you can't find it.
The Christian Science Monitor Link to Story

Who's to blame for UA's broken Greek system?

Recently the Greek system at UA has been under fire for both trading votes in school board race.
al.com Link to Story

Walking on: A co-ed becomes an inspiration for others

The miracle that is Chelsea Thrash can be summed up in three words: she walked today.
al.com/Crimson Magazine Link to Story

EPIC Success Story: How a radical idea became a success

Even then, we knew it was special. It was January 1980 and our new school was about to open.
Birmingham Magazine Link to Story

Singing songs of redemption: Inside juvy

J. didn’t get a new car for his 16th birthday. Instead, he put on his jumpsuit and trudged to class.
The Tuscaloosa News Link to Story

I did not know what to expect or – even at almost 42 years old – if I could handle it. I, in short, am a baby.
Lookout Alabama magazine Link to Story
View More Stories

Meredith Cummings has over 20 years of experience in print, web and multimedia reporting. She is President of Alabama Media Professionals, immediate past President of the Society of Professional Journalists Alabama Professional Chapter and advisor for the Capstone Association of Black Journalists. She is a member of SPJ’s Journalism Education Committee and is lead organizer for TEDxTuscaloosa.

In 2016 Cummings won first place in the photographer-writer category in the National Federation of Press Women contest and second place for opinion writing. She currently writes for al.com where her blog won first place in the 2015 NFPW contest. Cummings has worked at newspapers and websites in Alabama, Pennsylvania, North Carolina, South Carolina, New York and Florida.

She supervises Editing and Digital production for UA's Journalism Department in the WVUA-TV newsroom, a professional commercial TV station.

She directs the National Elementary School Press Association, the Alabama Scholastic Press Association and the Multicultural Journalism Workshop at The University of Alabama. In that capacity, she works with K-12 students around the country to help them start and improve broadcast, newspaper, magazine and multimedia journalism through training, workshops and a mentoring programs for teachers.

In 2014 she was awarded the James Frederick Paschal Award, given by the Columbia Scholastic Press Advisers Association (CSPAA) that honors state or regional school press association officials who have distinguished themselves in the field.

In Alabama, she worked as a reporter for The Birmingham News and the Community News Editor at the Tuscaloosa News where she was a member of the editorial board, planned and edited the teen section, Pulse, edited the weekly newspaper, T-News Weekly and wrote a weekly health column on the lighter side of life with diabetes.

She was a 2010-11 Faculty Fellow in Service Learning awarded by the Center for Ethics and Social Responsibility. She serves on the Board of Directors for the Southern Interscholastic Press Association and the Advisory Board for the Tuscaloosa Center for Technology Academy. 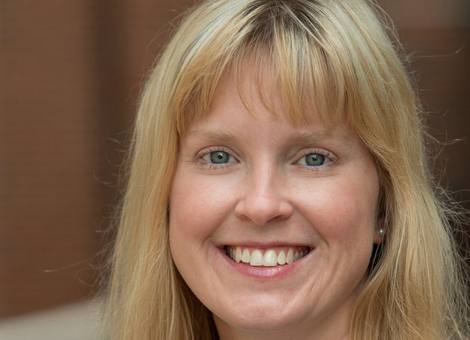